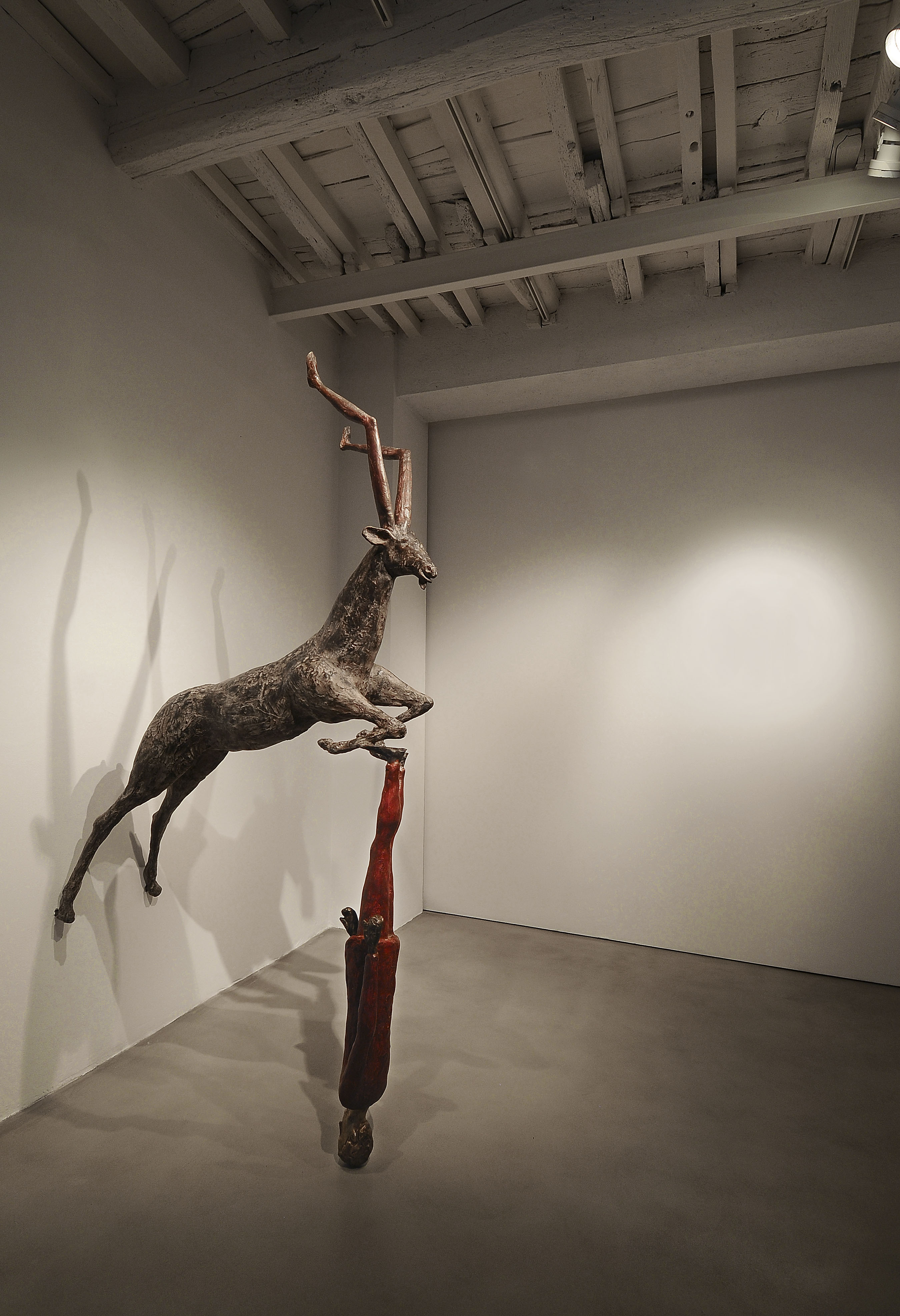 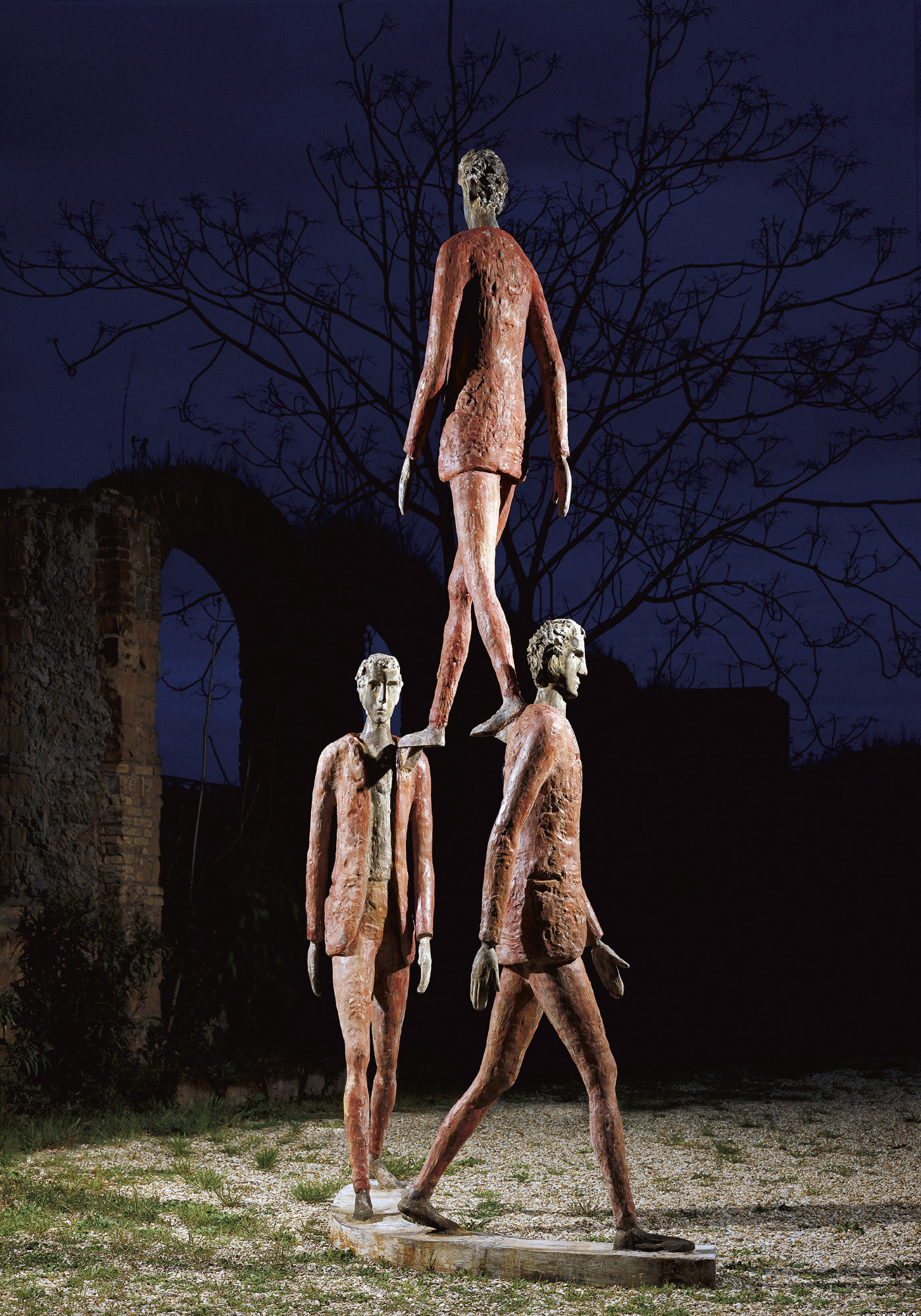 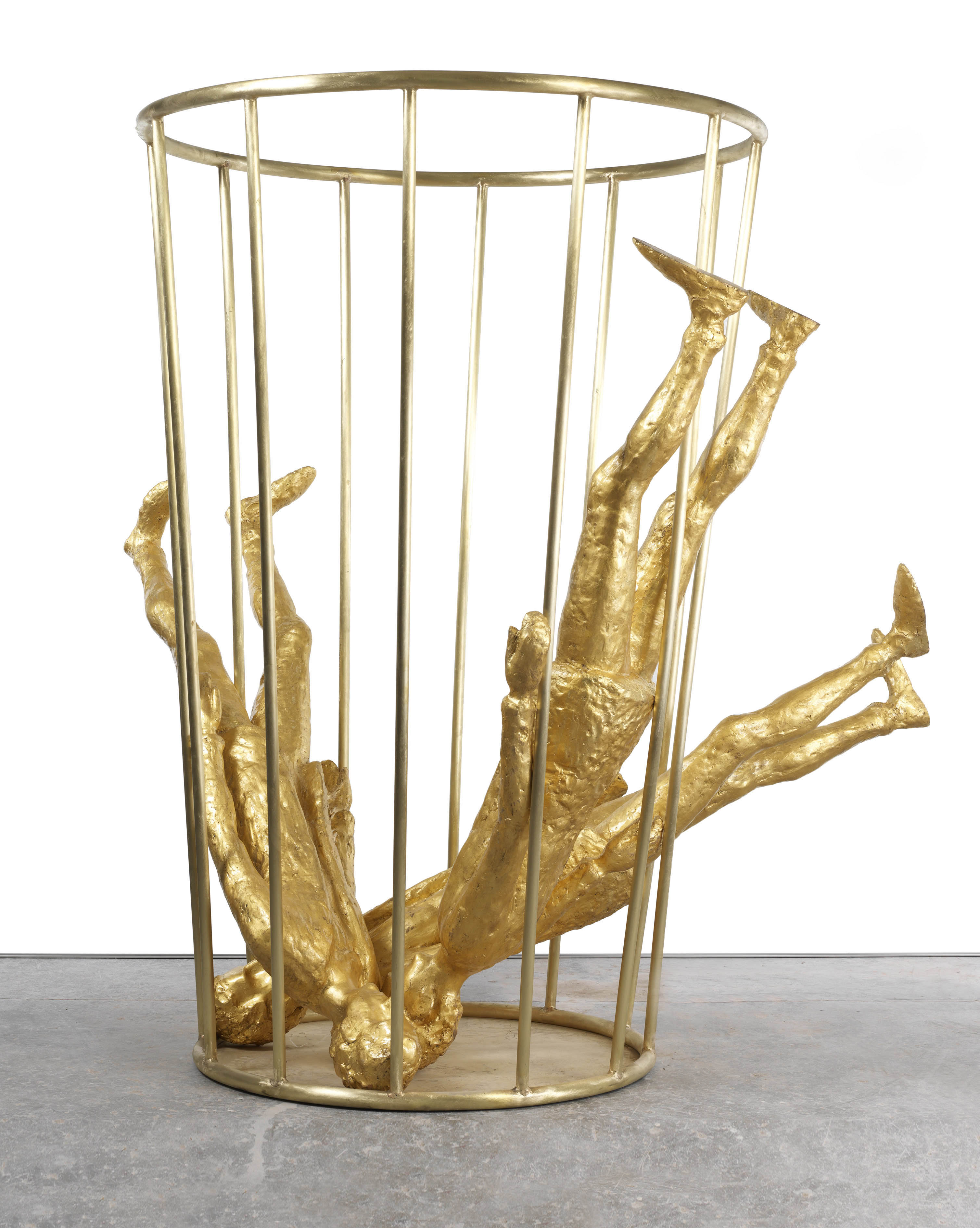 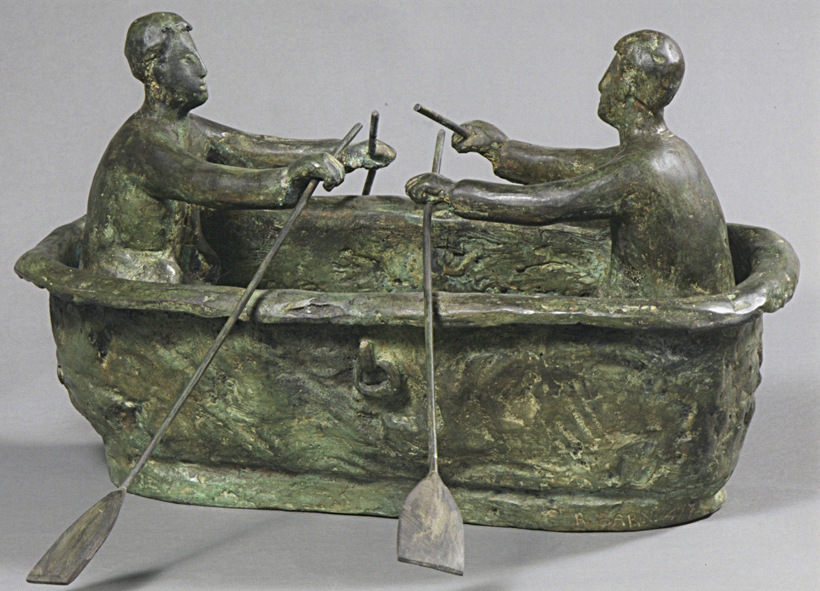 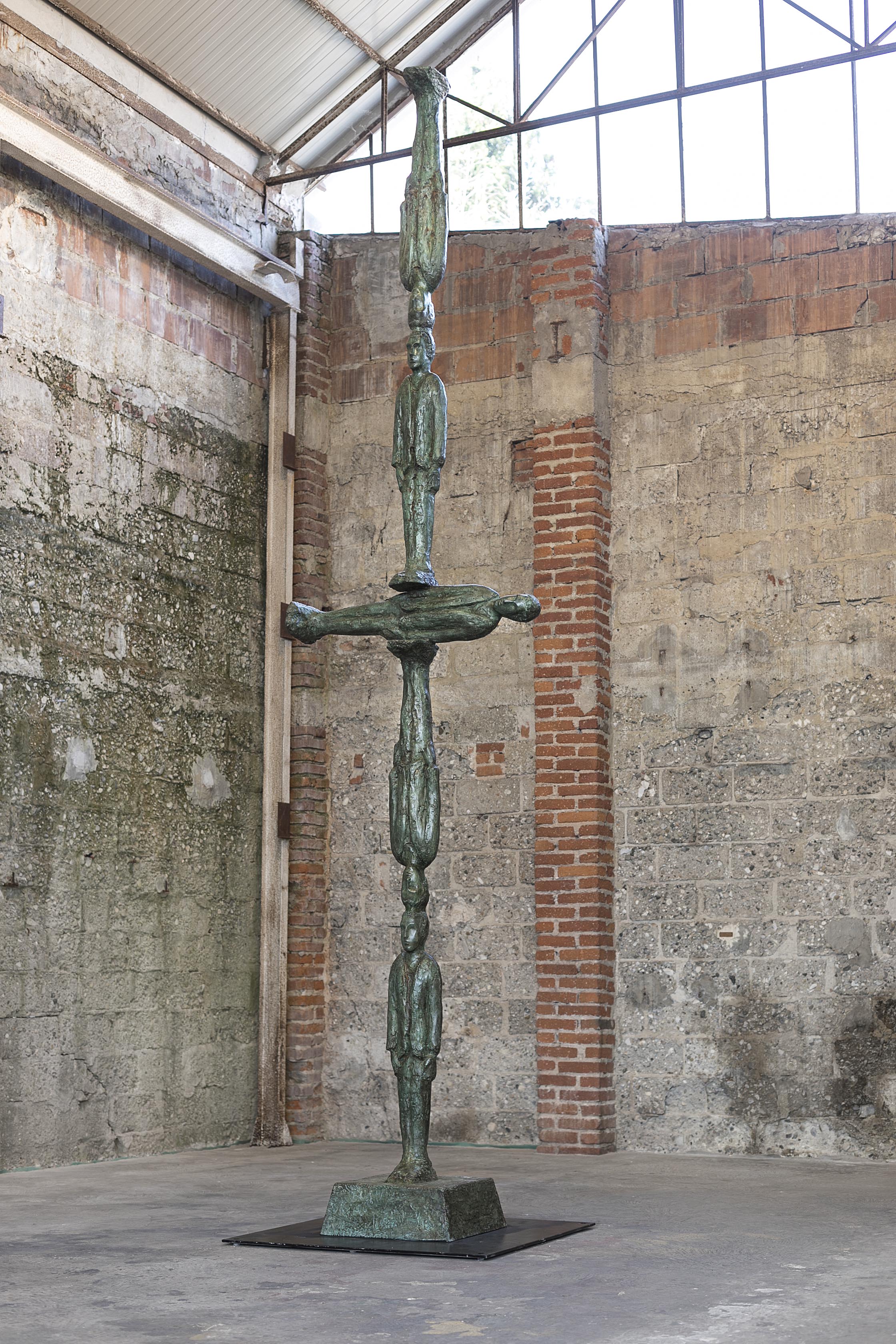 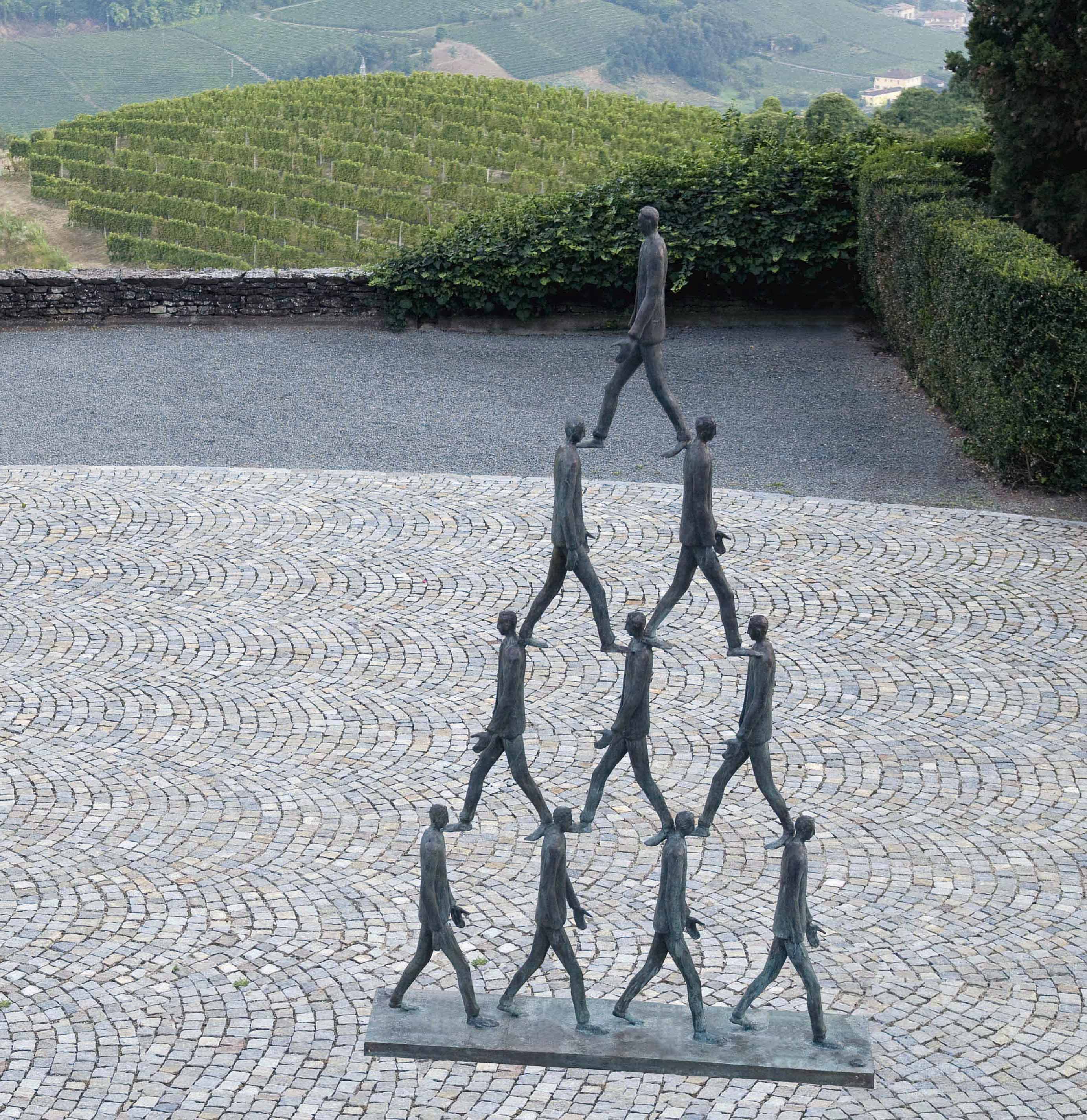 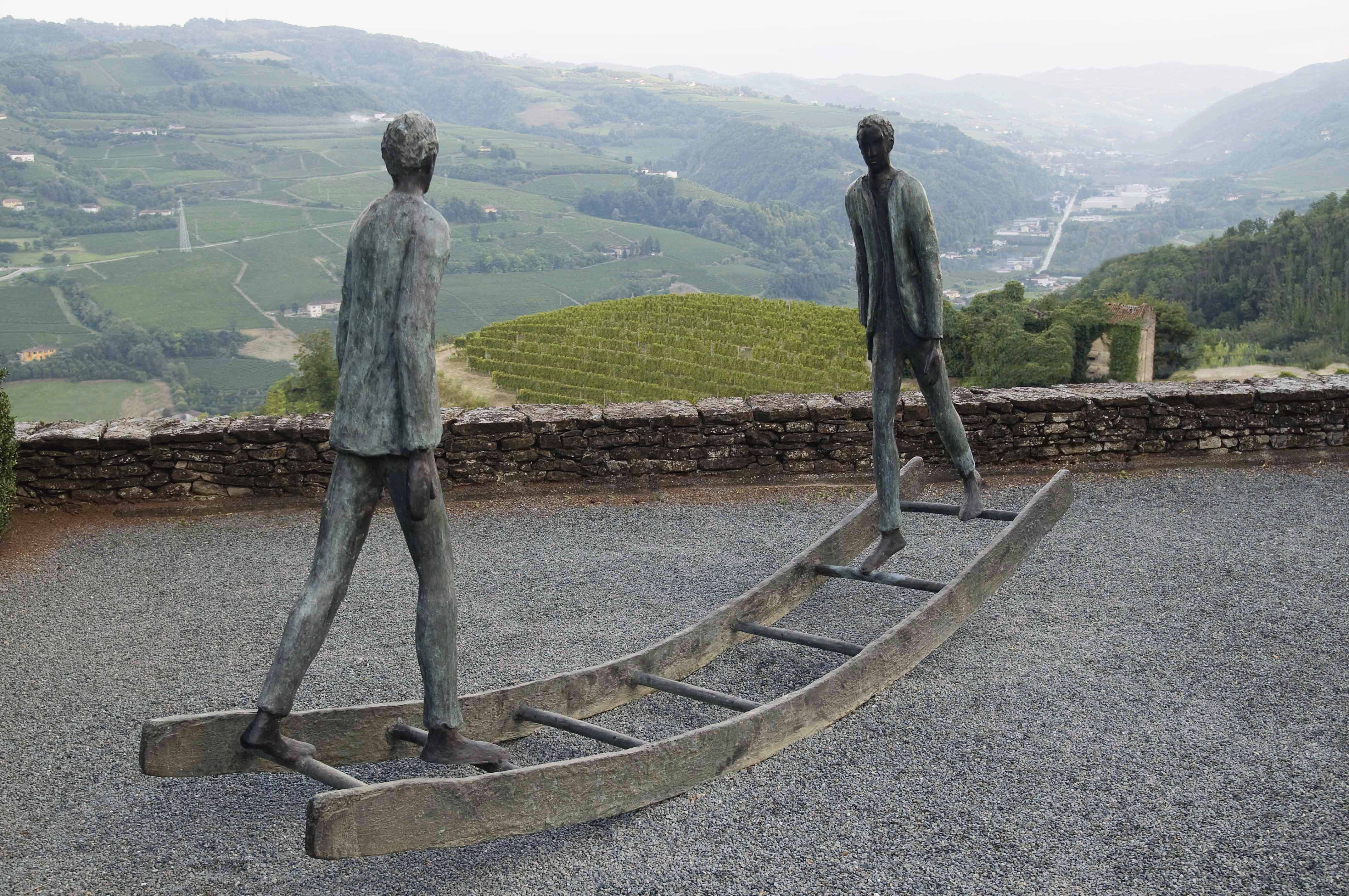 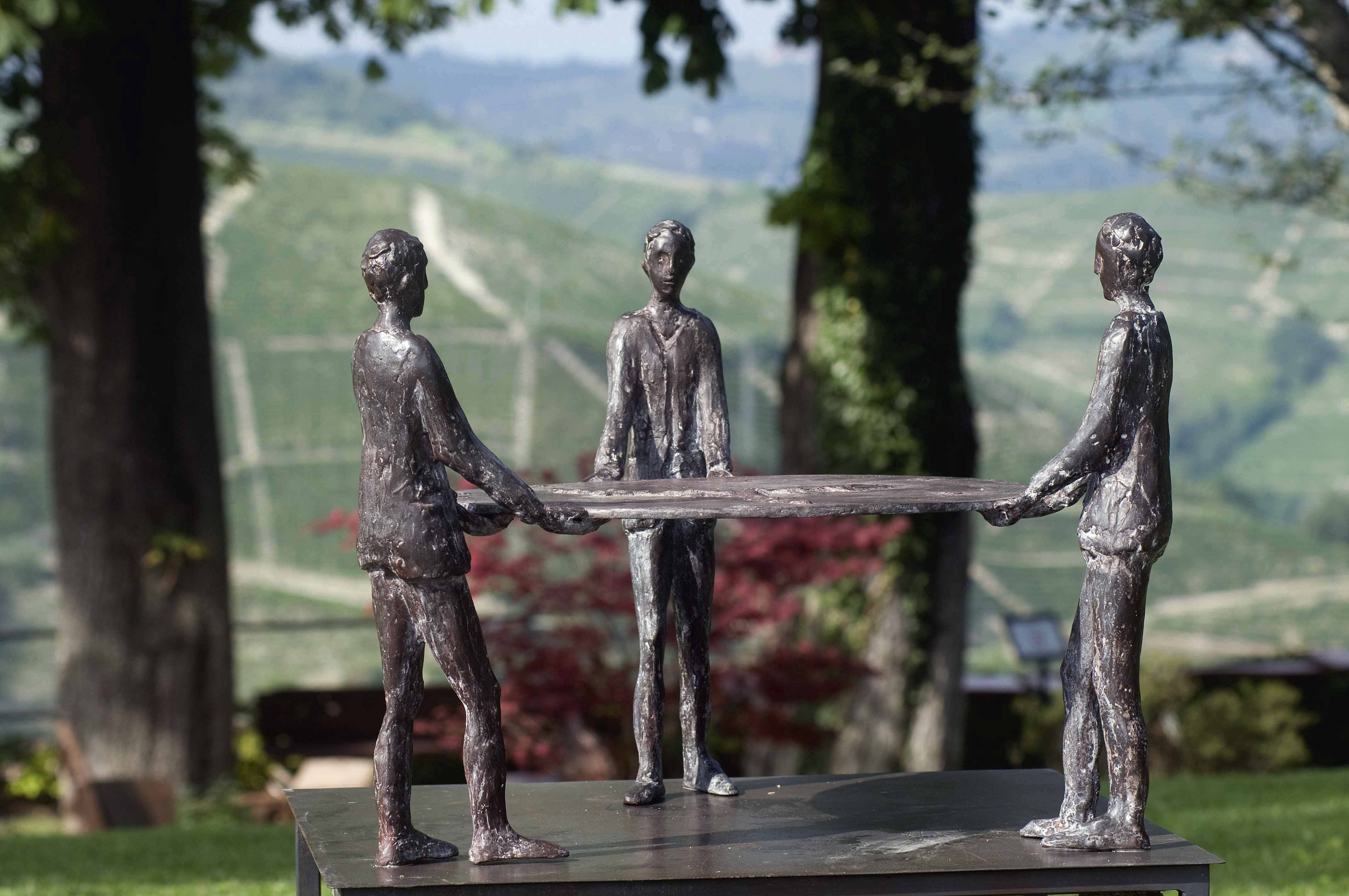 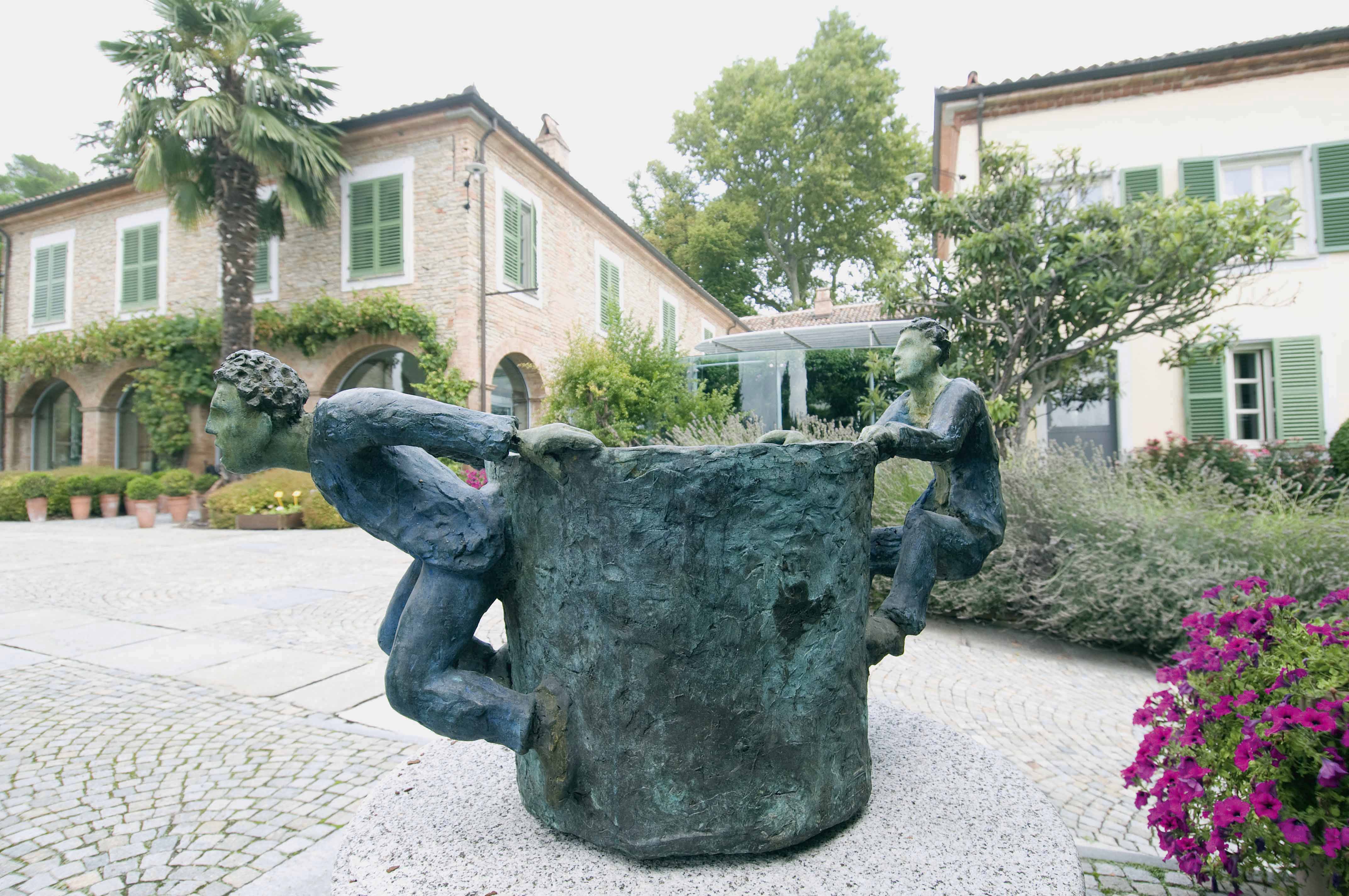 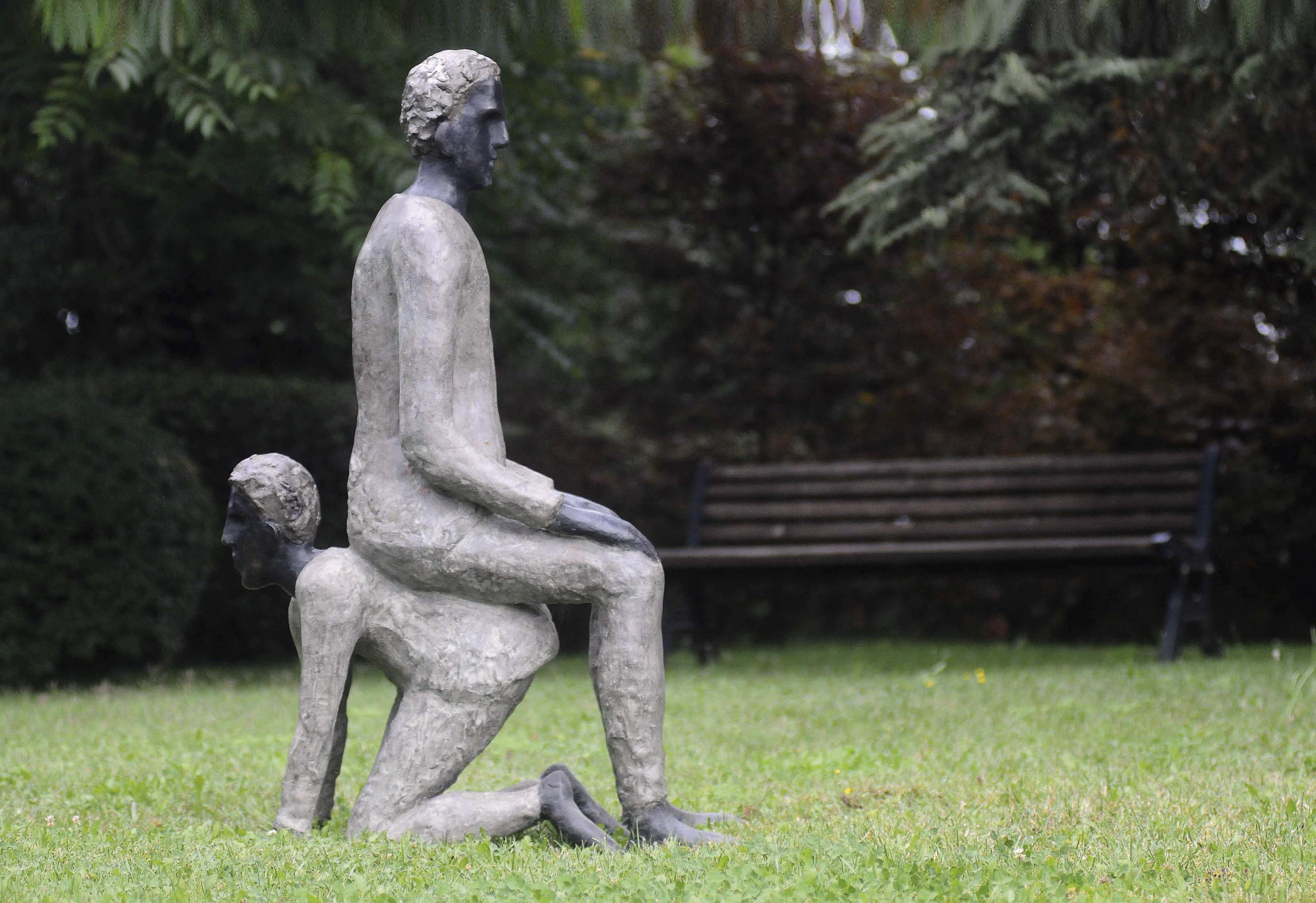 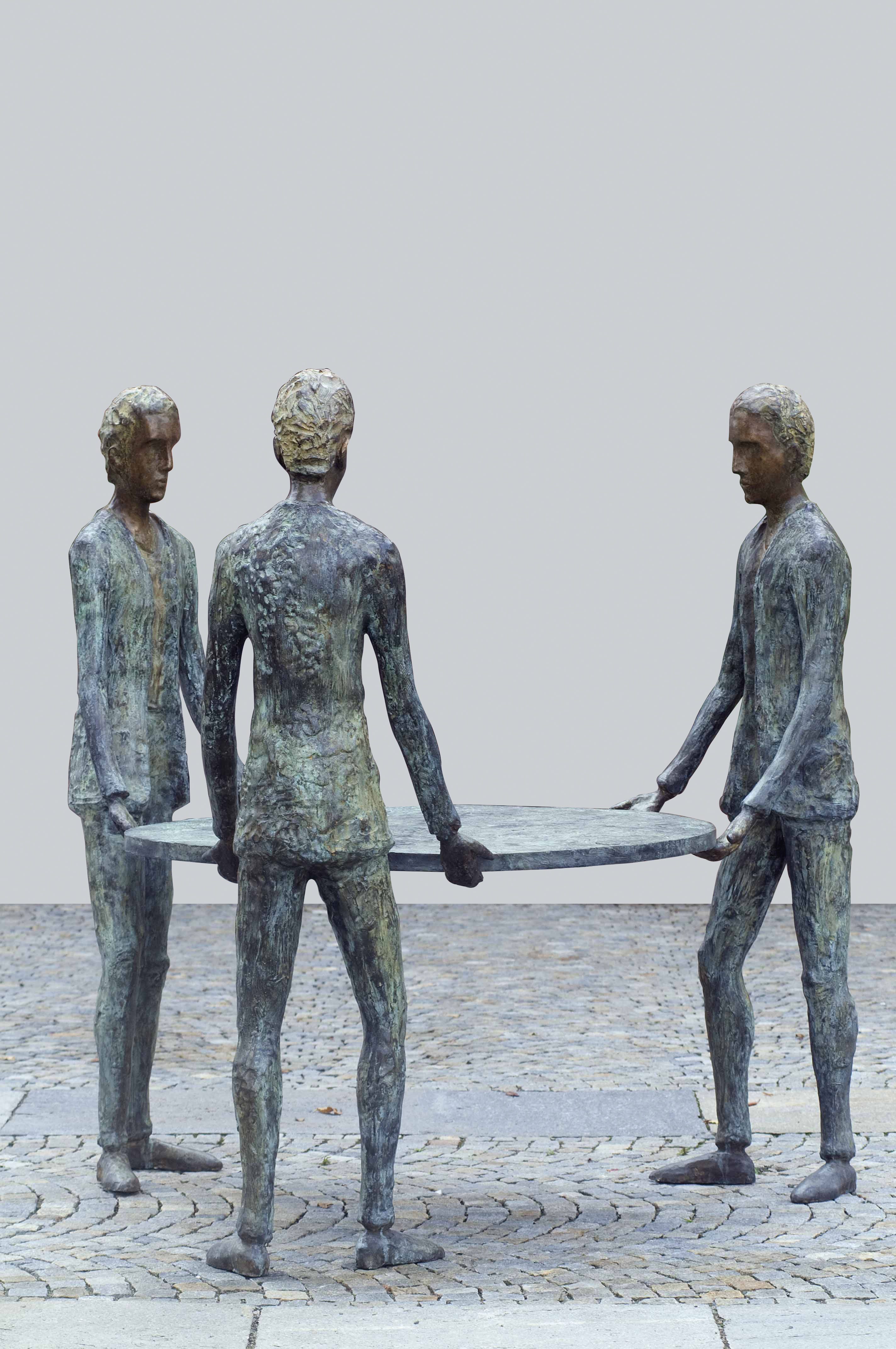 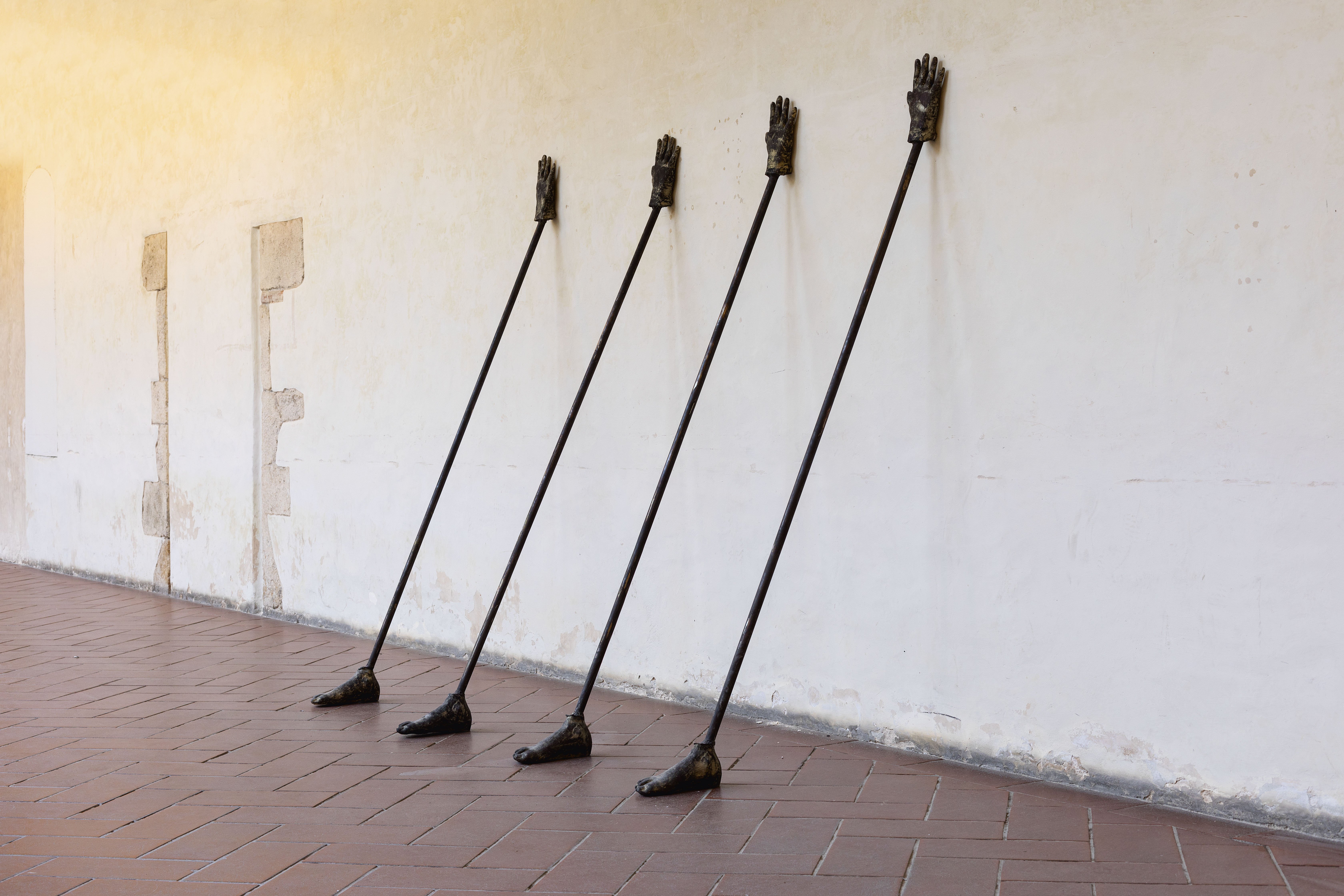 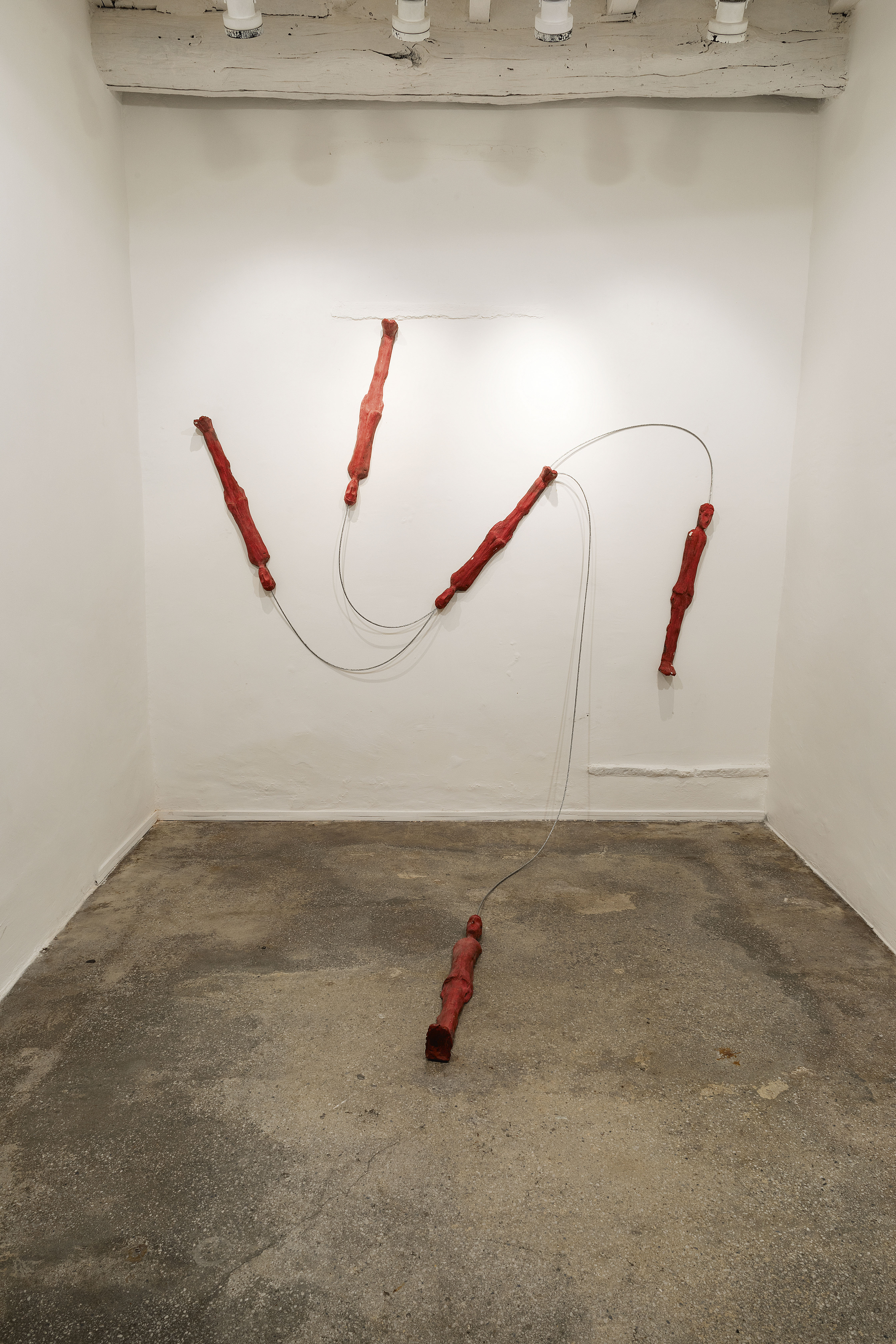 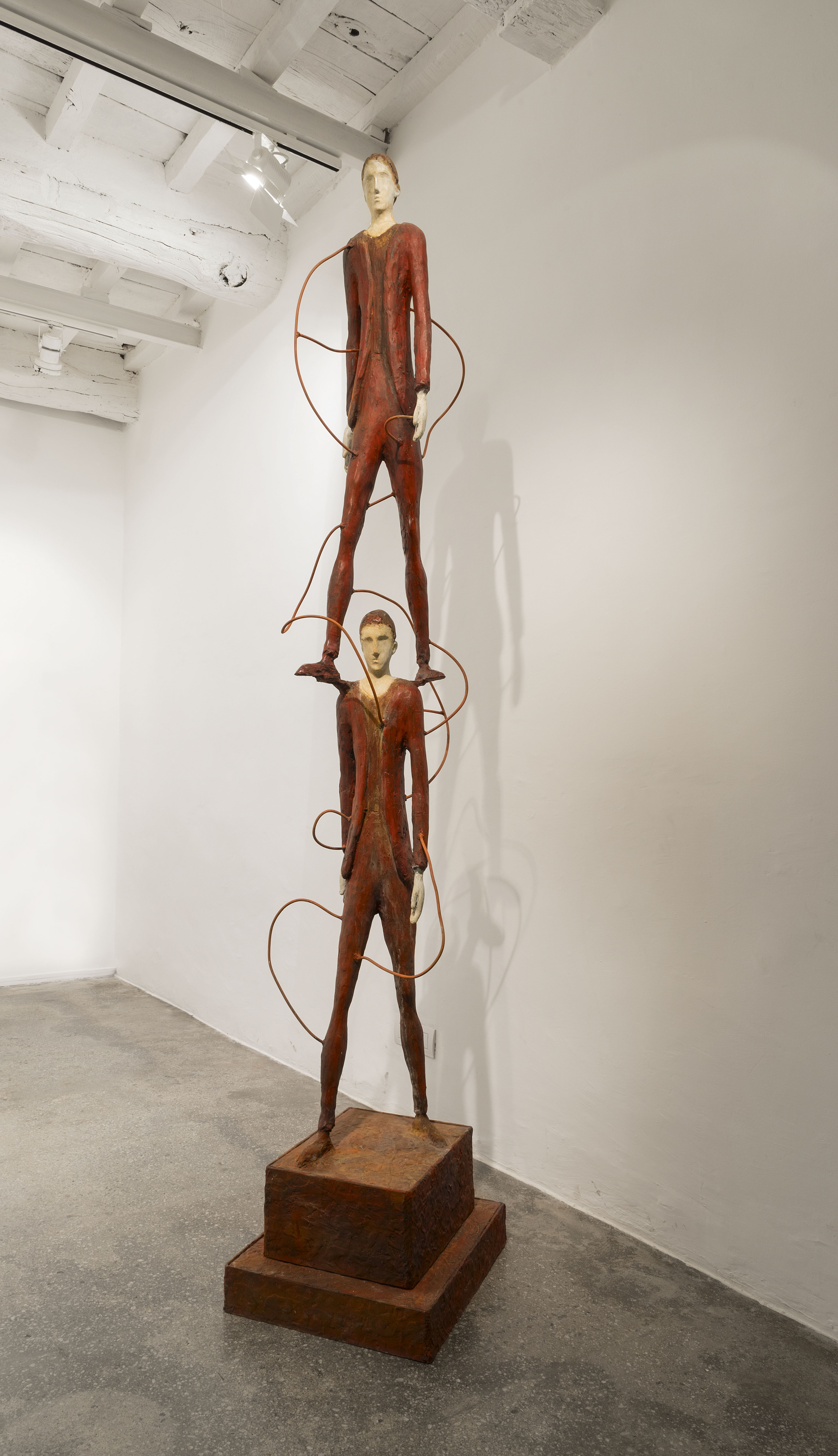 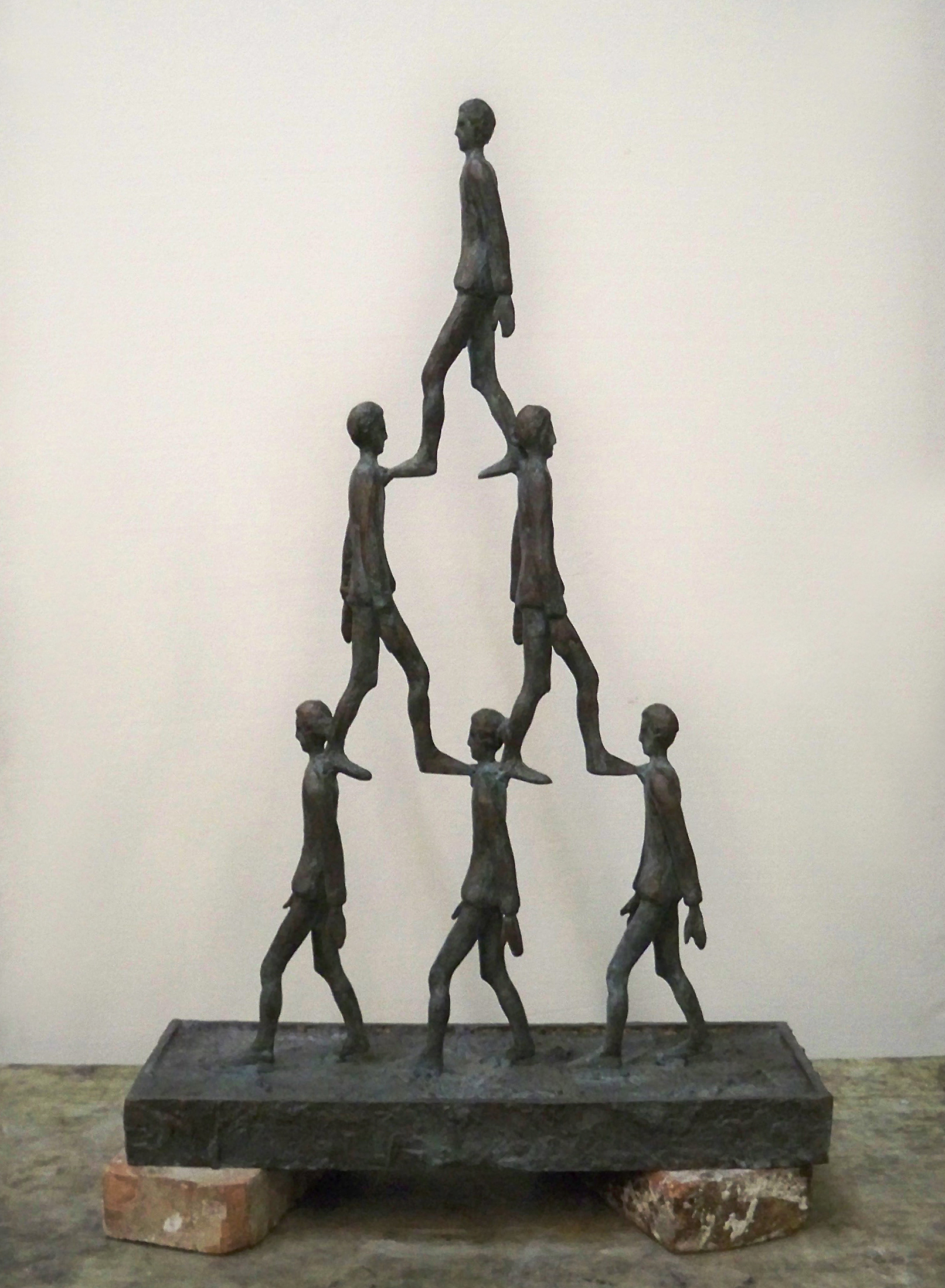 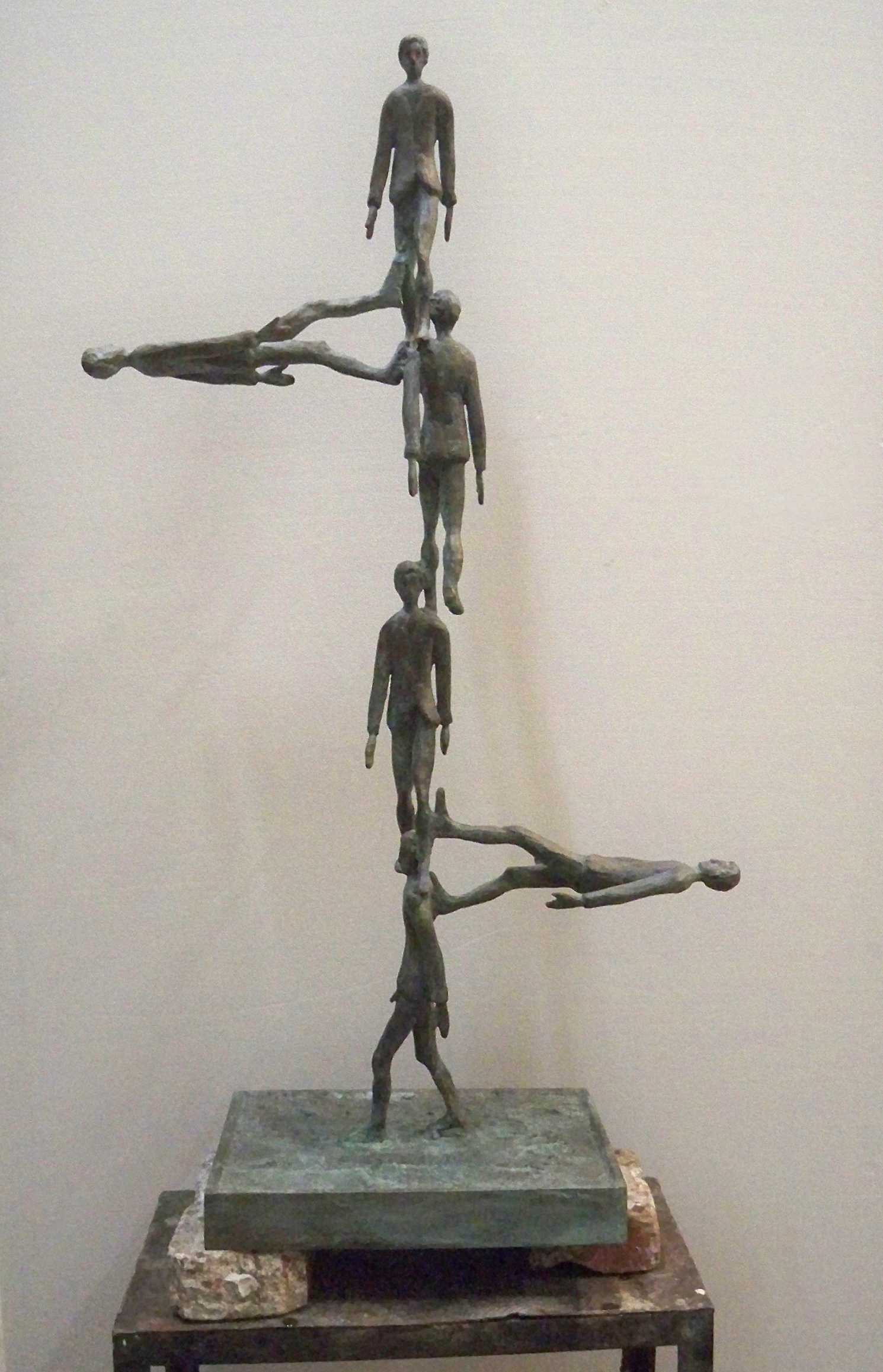 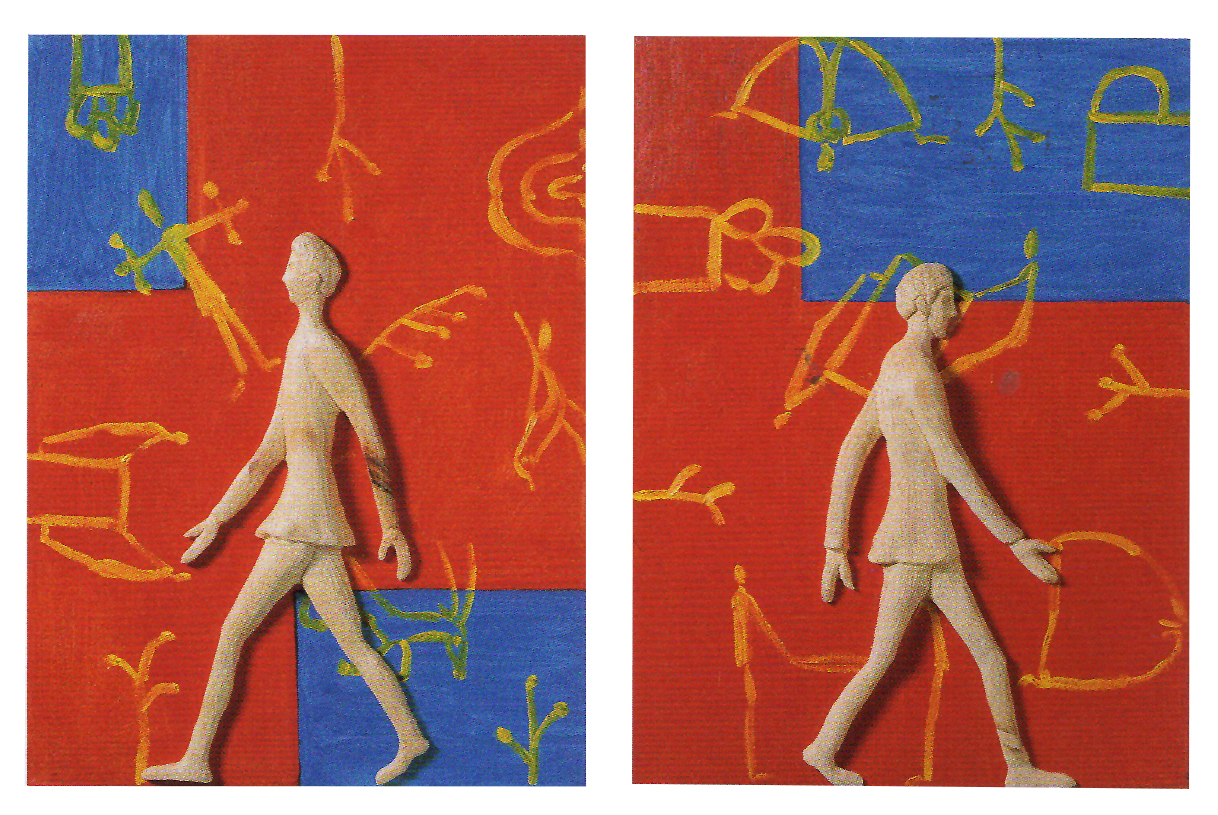 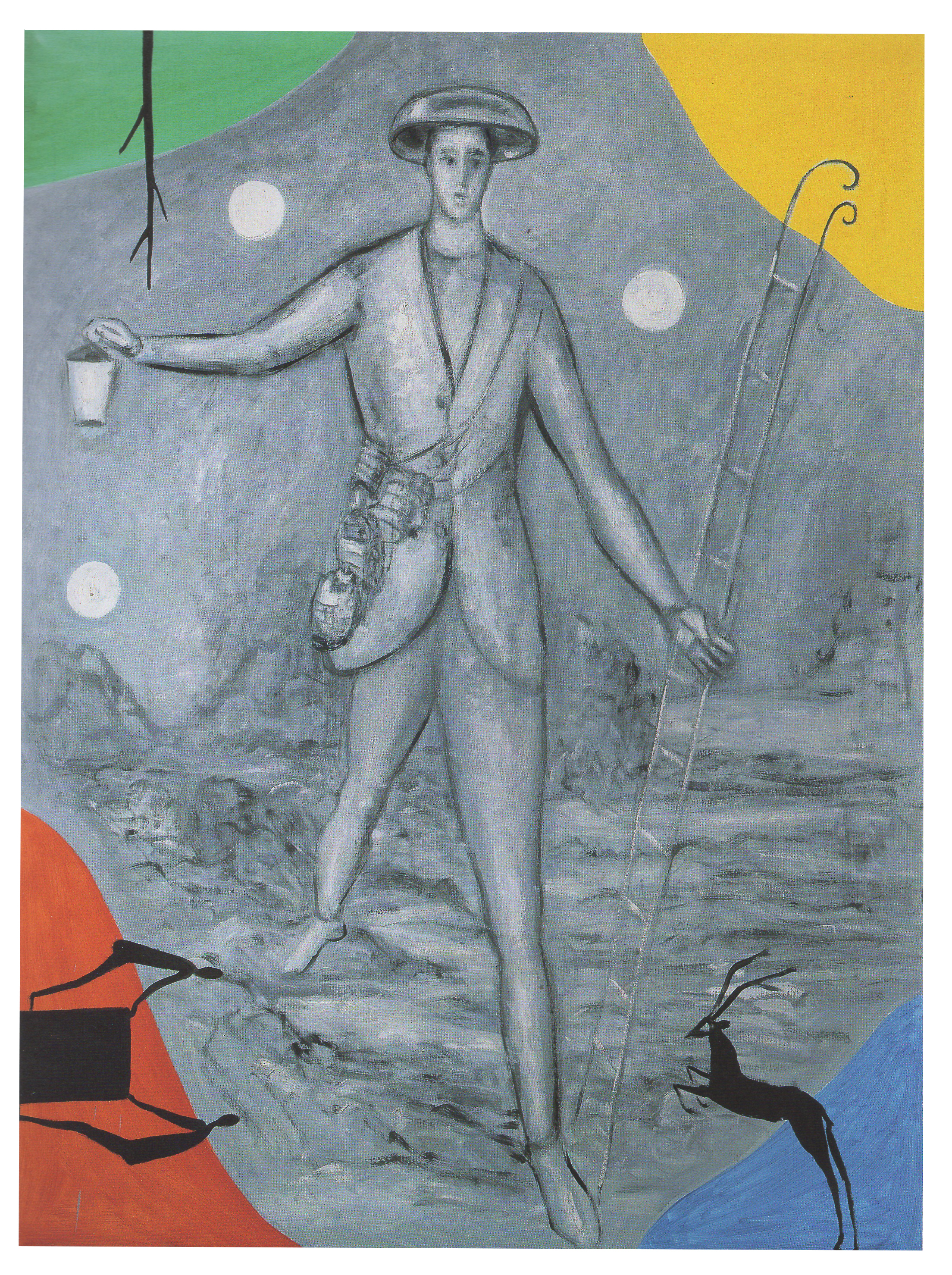 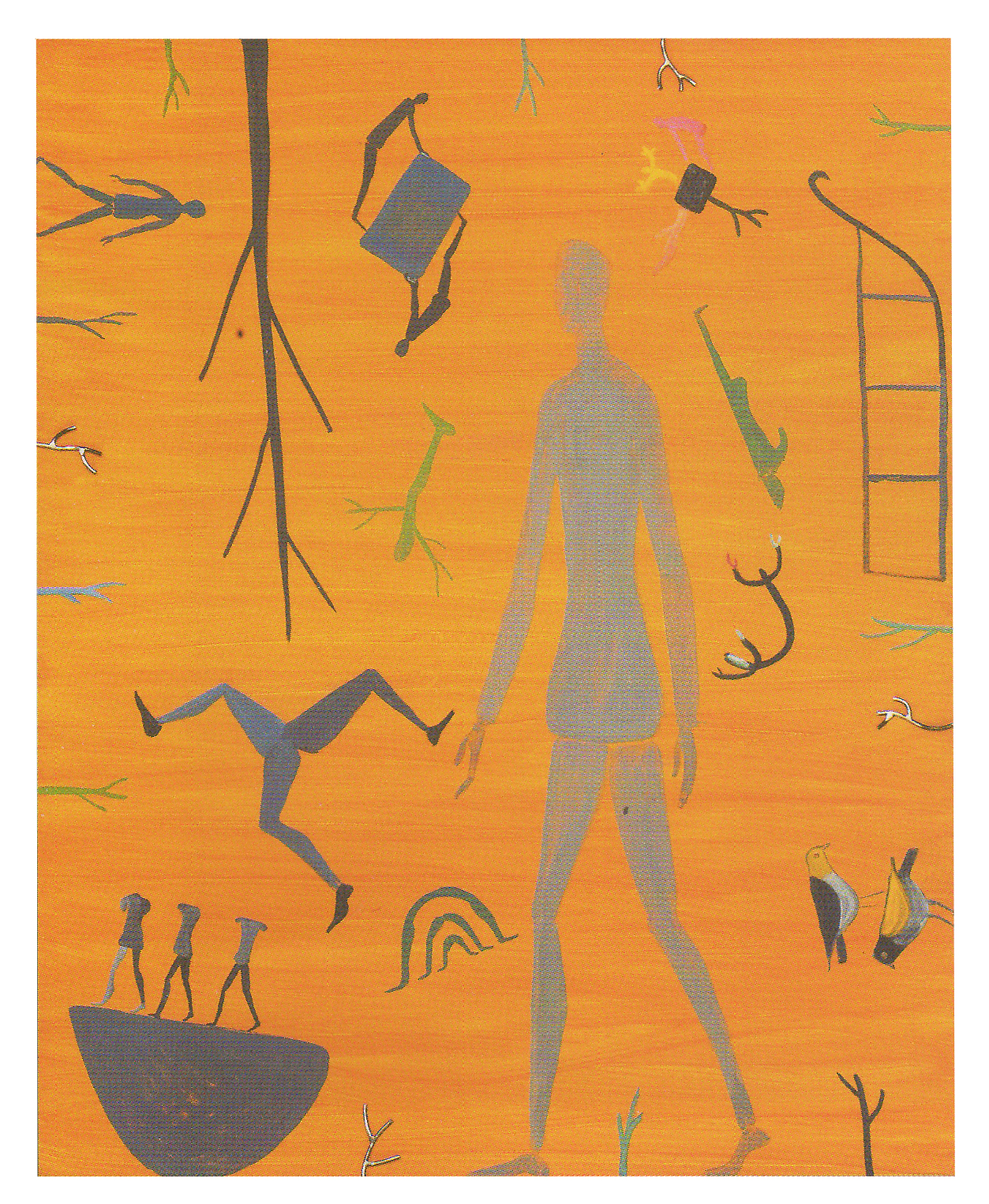 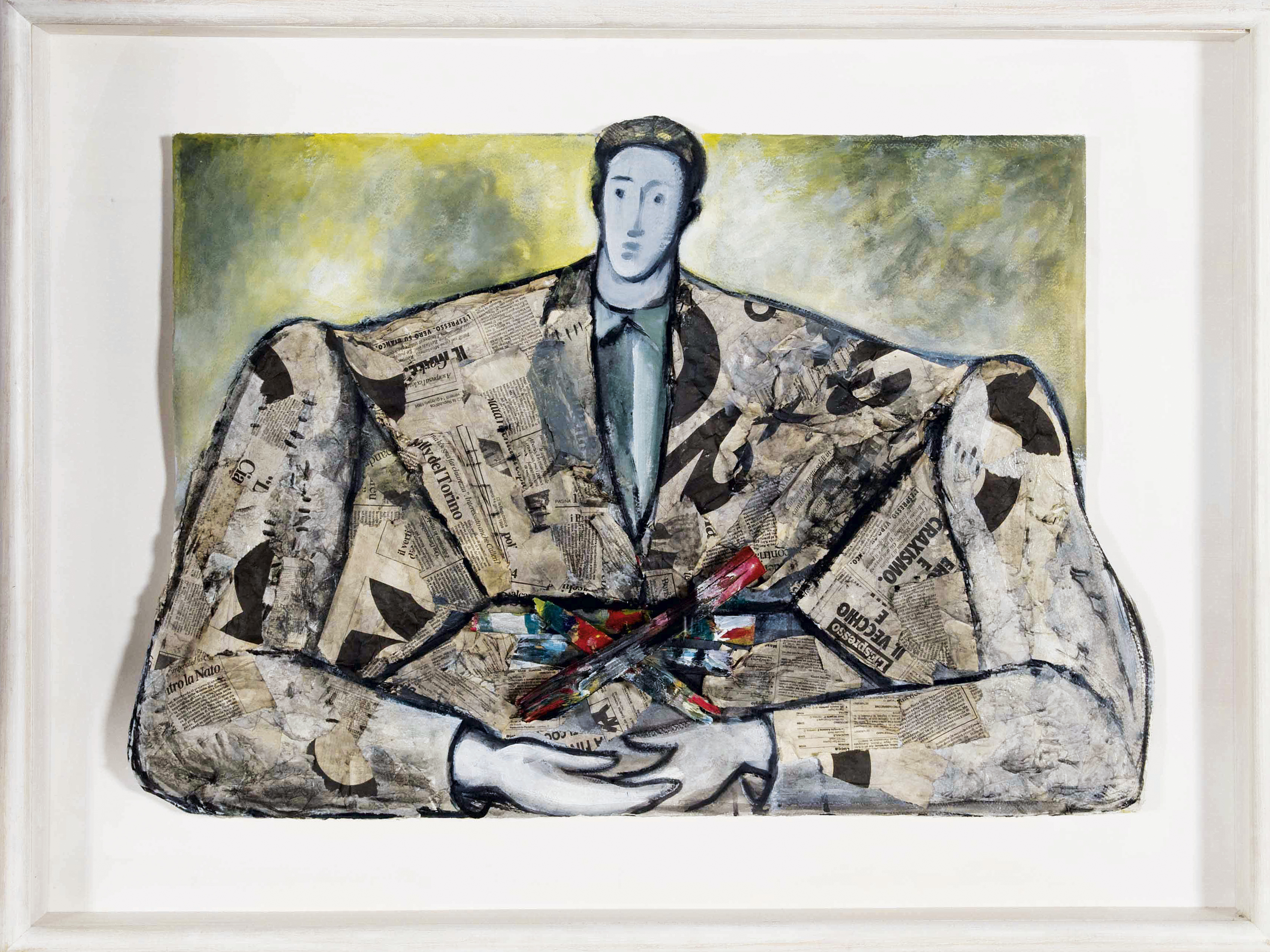 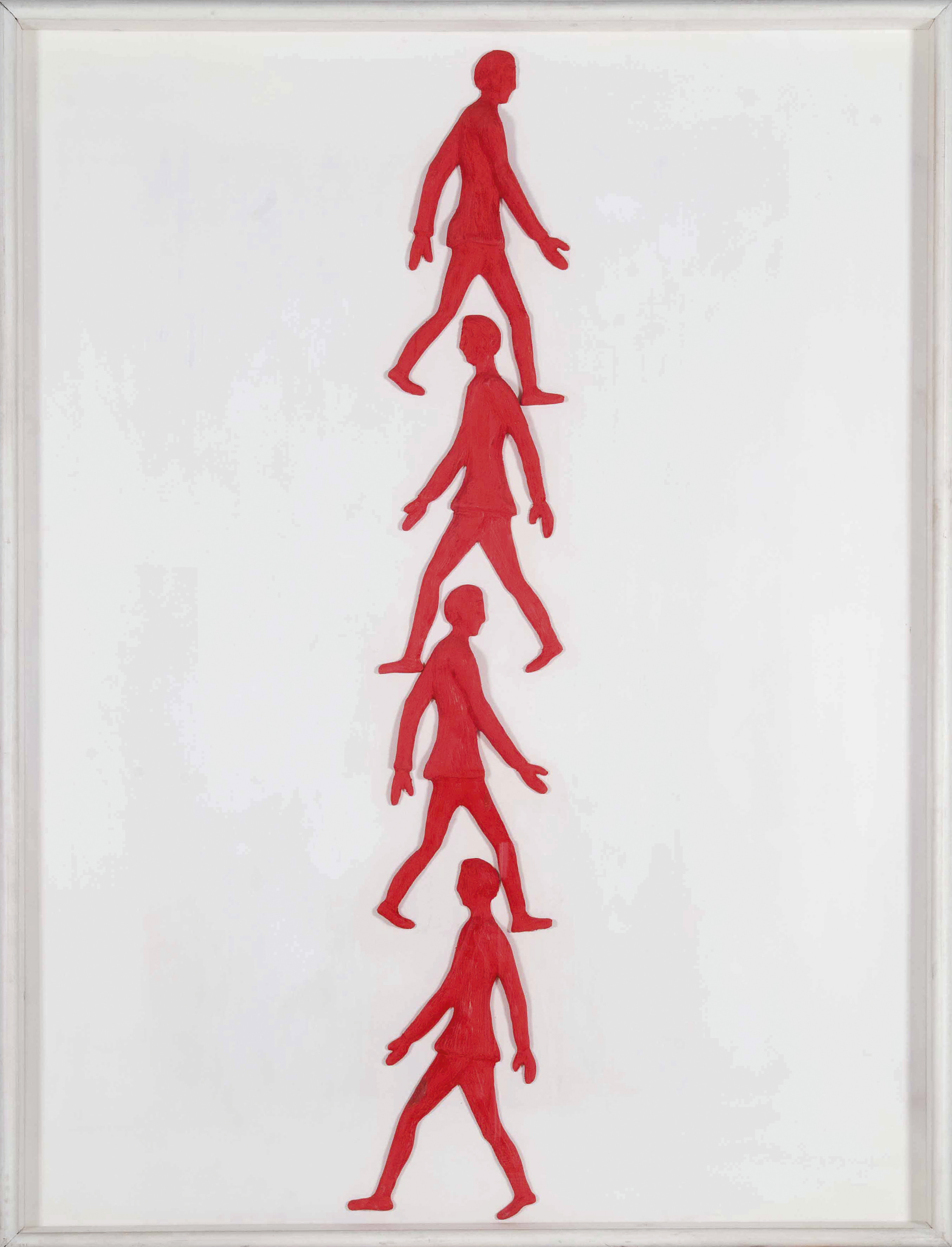 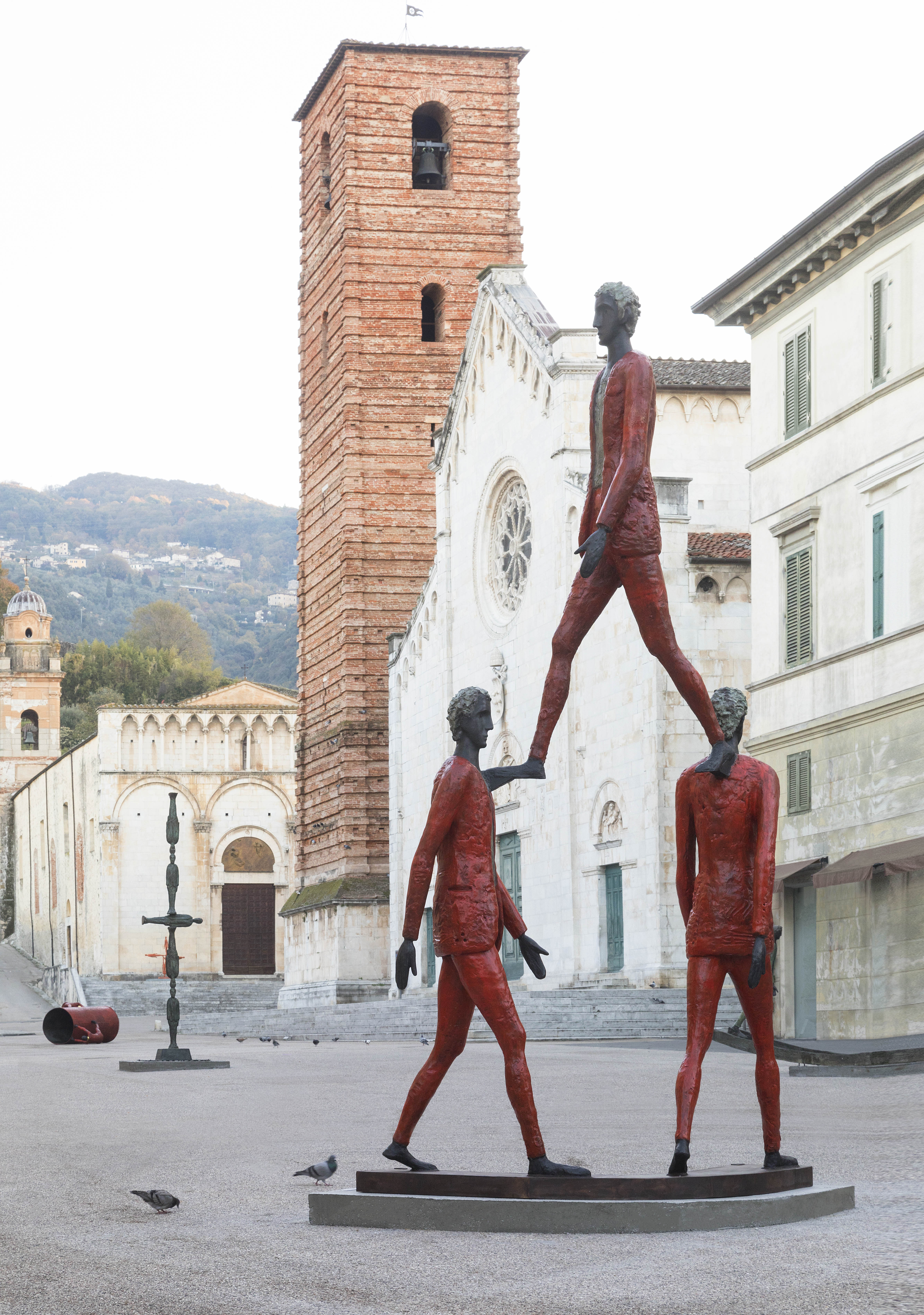 Roberto Barni (Pistoia, 1939). In 1960 he began to exhibit in Pistoia and Florence. The works were paintings, photographs, casts, sculptures and topographies which he also presented in Rome in 1963. It was in Rome that he met Cesare Vivaldi, who in 1965 invited him to Revort/1, a show organised as part of the ‘gruppo 63’ festival in Palermo.

Between 1966 and 1973 he exhibited his work at the Zoom Studio in Pistoia, at Flori in Florence, at the Selected Artist Galleries in New York, the Galerie Van de Loo in Munich and with Charles Lienhard in Basel.

In 1977 he also took part in the exhibition on Italian art at the Galleria d’Arte Moderna in Turin.

In 1979 he exhibited in Rome, again at the Galleria La Salita and later with Pio Monti and Cleto Poleina.

In 1982 he had a show in Spoleto, curated by Giovanni Carandente, as part of the Festival dei due Mondi.

In 1983 he was invited to Casa Masaccio di San Giovanni and in 1984, by Maurizio Calvesi, to the Venice Biennale.

1985 brought shows in the Sala d’Arme in Palazzo Vecchio in Florence, the Eolia gallery in Paris, the Galleria d’Arte Moderna in Bologna and the Debora Scharpe gallery in New York.

Between 1986 and 1987 he had a studio in New York, where he had a show at the Di Laurenti gallery curated by Sam Hunter and also exhibited at the Marisa Del Re gallery and, in 1987, in a solo show at the Queen Museum curated by John Yau.

In 1988 he had solo shows at the Galeria Maeght in Paris and the Galleria Il Milione in Milan, as well as taking part in the Venice Biennale with the first version of Atto Muto, which was installed right at the entrance to the central pavilion. In the same year, he had shows at the Museum of Contemporary Art in Sydney and at the Tate Gallery in London.

In 1989 he participated in the show-event at the Palais de Tokyo.

In 1990 he took part in the show in the 1980s curated by Philippe Daverio in the former convent of San Francesco a Sciacca.

In 1992 he had a solo show curated by Janus at the Tour Fromage in Aosta, in 1994 another curated by Giovanni Carandente at the Museo Marino Marini in Florence, and in 1995 the one at Fort Griffon in Besançon curated by Gerard Georges Lemaire.

1997 brought solo shows in Palazzo Fabroni in Pistoia, the Museum of Fine Arts in Budapest and 1999 at the Musée des Beaux Arts in Reims.

In 2002 he was present at the Kunsverein Ludwigsburg, curated by Agnes Kholmayer, and at the Galleria Poggiali in Florence, in 2005 at the Castello Scaligero in Malcesine, the Raab Gallery in Berlin and the Luis Serpa Gallery in Lisbon.

In 2007 he was present with the major project Gambe in spalla curated by Alberto Boatto at the Marlborough gallery in Monaco and in Palazzo Pitti, the Boboli Gardens, Le Pagliere and the Museo Archeologico in Florence.

In 2008 he had a show curated by Giorgio Cortenova in Palazzo Forti in Verona and in late 2008/early 2009 at the Fondazione Mudima in Milan, with essays and catalogue by Achille Bonito Oliva and Lorand Hegyi.

In 2010 he exhibited at the Centre for Contemporary Art ‘La Malmaison’ and at Villa Rothschild in Cannes, curated by Frederic Ballester.

Over recent years he has been working on special projects with the Poggiali gallery in an ongoing manner, with the support of which he is present, inter alia, at the Teatro India in Rome and at the complex of the former Monastery of San Maurizio at Santo Stefano, Fondazione Gallo, in collaboration with the Piedmont Regional Authority.

Between 2015 and 2016 Lorand Hegyi curated a series of shows in museums in China.

In May 2017, with the support of the Poggiali Gallery of Florence, he is presenting at the premises of the Venice State Archives the specially-conceived project Controversies, consisting of the display of four monumental sculptures in bronze: Capogiri d’oro, Camminare in croce, Doppia Controversia and Atto Muto.